22 Sep
About the artwork

Concept art by Jacob Charles Dietz. Full image here. From the artist: "After California fell into the ocean, the displaced masses that escaped found themselves along the new pacific coastline in a formerly desolate stretch of the Nevada desert. Within months public and private funds flooded the area and just as quickly the concrete and steel reached for the sky. Caliber City was born.

Not three years later, the little city that could had grown to epic proportions and was rumored to be the largest city on the face of the planet. With a core constructed of massive, high-density structures and one of the most complex multi-level traffic systems ever built, Caliber City was now home to an estimated 19,073,926 people. And it was still growing.

While much of the city below level 275 exists in permanent darkness, shadowed by the massive clusters of buildings, the topmost levels get glimpses of smog filtered sunlight and occasionally a view of the Pacific Ocean. On the coast desalinization plants run 24/7 pumping and processing water to supply the ever growing city, while 36 subterranean, nuclear power plants beneath the city center produce enough power to meet the ever increasing demand, all the while the steam from these activities work to create a humid micro-climate around the city, trapping pollutants and forming acid rain clouds.

Traffic may be a bitch and the weather really couldn’t be worse, but to those that make Caliber City home, it’s heaven on earth." 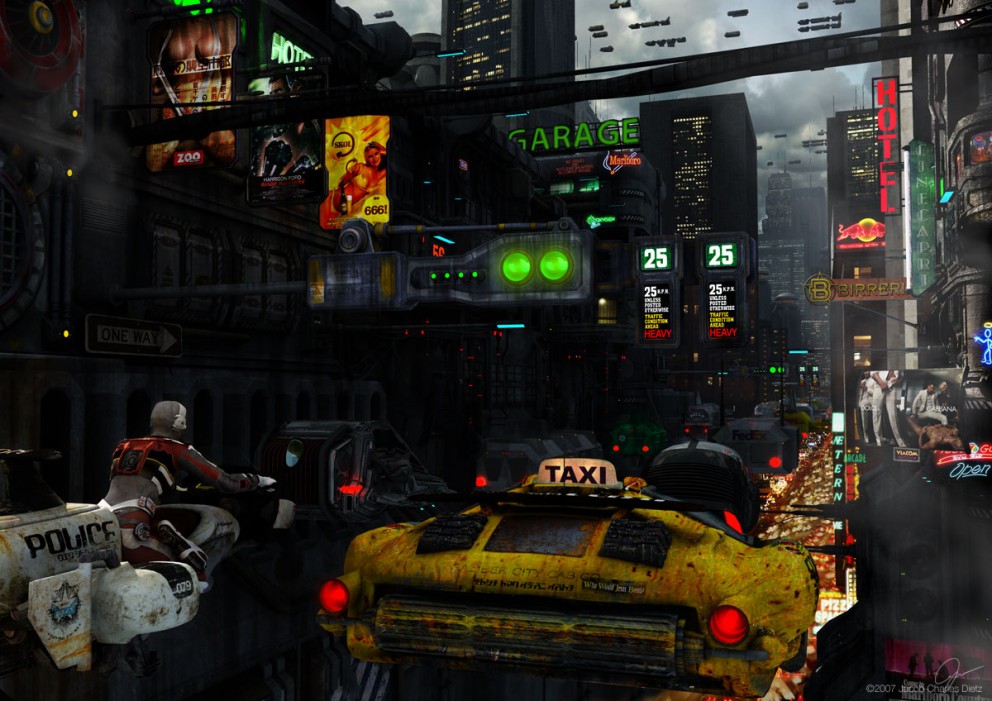 You can also join the discussion on our Facebook page!

One Response to “Caliber City”